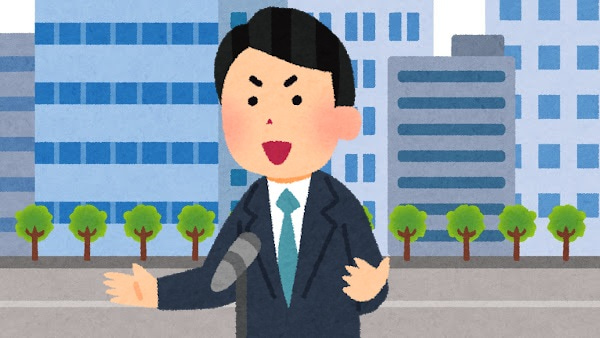 Ladies and Gentlemen, please allow me to talk about a state crime that could easily make an impact on your future. Before I start, I would like to attest that this activity has no relation with any political or religious organizations.

We are Targeted Individuals, victims of organized stalking and electronic harassment.

Targeted Individuals have no privacy. We are under surveillance 24 hours a day, 365 days a year for no particular reason, and various kinds of harassment goes on and on… and never stops. Lots of victims suffer from this terrible situation of life, some of them even choose to kill themselves.

Have you ever heard of the phrases such as Targeted Individual, Targeting Program, Organized Stalking, Gang Stalking, Electronic Harassment, Mass Surveillance or Global Surveillance?

Organized stalking is a crime in which many people follow around specific individuals using private information collected through never-ending surveillance. People who stalk us know where we go, who we meet, what we are going to do and so on. They know everything about the Targeted Individuals.

People stalking us often create serious problems in some form or other that are blamed on the Targeted Individual. We tend to be involved in troubles with the neighbour-hood, work, school, shops, police or authorities, and if we are not careful enough, we are caught in a trap, and we might become branded as a criminal or a pervert.

The goal of the Targeting Program is to eliminate unfavourable people and to collect biological data through organized stalking and electronic harassment. Targeted Individuals are sometimes forced to commit suicide, to commit crimes or to end up with a mental disorder.

In some cases, the Targeting Program is conducted only by specific religious groups or police organizations, but most Targeted Individuals are harassed by a large-scale network. Someone says it is a world-wide secret police network. Harassment never stops until we die, even if we run away to the other countries.

If you find it difficult to imagine the Targeting Program, think about the former Japanese Special Higher Police, the Nazi Gestapo and the former East German Stasi. Their means of harassment and surveillance have been developing with modern technologies.

Targeting Programs are, usually, conducted by a combined network of military, intelligence agencies, secret police, religious cults and think tanks. In particular, the mercenaries of the Deep State and religious cults. This network structure is almost same all over the world.

There are internal informers on the Targeting Program as well. For example, a former member of the US Army, Julian McKinney, a former Taiwanese Army commander Alan Yu, a former CIA and a former Mosad Carl Clark, a former FBI special agent Ted L. Gunderson, and a former MI5 scientist Dr. Barry Trower.

Just by looking at the titles of these internal informers we can see the Targeting program is a secret organization at the state level in which the military, intelligence agencies and research institutes are all involved.

If you hear such a story, you may feel this crime happens in another world, but the truth is, it can happen to anyone at any time. You may be in the candidate list. You may be the next one.

Targeted Individuals live all over Japan including this prefecture, and most of them are female.

We actually don't know what triggers this situation. Lots of Targeted Individuals mention troubles with religious cults as a possible cause. Besides that, troubles with authorities, comments on the Internet about governmental taboo subjects, such as nuclear power, corrupt elections, the Olympic Games, or books published on subjects considered to be taboo by the government.

Once again, we never know what the trigger is to make one become a Targeted Individual. You could also become the next one at any time.

Now you may wonder why the government and police don't crack down on crime if the Targeting Program really exists. We have a simple answer for that. The government and police play important roles in the program and cover up for each other. This is an extra-legal crime. The police never crack down on dirty money from Pachinko parlours or on corrupt elections. It is the same thing.

The military and the police are not for ordinary citizens, but for the retention of national polity. Lots of money and various interests are involved in the Targeting Program. This is the actual situation of Japan behind the scenes. Don't be deceived by Japanese TV dramas that depict how great the police are.

Again, Targeted Individuals are often harassed by the secret police network. Don't think you have nothing to do with this crime, because you might be the next.

We appreciate your attention. We need your help and understanding to end this crime.

Well, speaking of electronic harassment, this also sounds like a Science Fiction story.

Directed energy weapons include various electromagnetic waves, various sound waves and radiation. Some victims have also suffered from poison gas. It may sound insane, but some Targeted Individuals take measurements using proper equipment and keep records. So this is not a Science Fiction. This is science Truth.

Many of you may not believe that ordinary people are attacked with radiation and poison gas. But remind you of Stasi in the former East Germany. They used radiation sprays on targets to monitor their whereabouts. They checked the location of the targets using Geiger counters.

When it comes to radiation or poison gas, it might be very interesting for some researchers and authorities to collect biological data from the Targeted victims' physical body. Targeted Individuals are guinea pigs in medical and military experiments. This is an on-going crime carried out in Japan right at this moment.

Please do not deny the existence of Targeted Individuals. We are the living-proof that ordinary citizens are being threatened by silent terrorism and a long-term human experiment.

The Reiwa era has started. Do you know that the establishment of a digital surveillance society and police state is being accelerated in Japan? You are also getting closer to being in the same situation as that of Targeted Individuals.

To establish the next mobile communication generation, 5G network, a lot of small cells have been building up, and at the same time, damage to human health is increasing, caused by electromagnetic waves, radio-contaminated soil from the Fukushima nuclear accident, chemical trails, contaminated vaccines and so on. So don't you think it's about time to learn about Targeting Program to protect yourself?

The people running the system are of some kind of aristocratic coalition. They intend to establish the One World Government. They want to control all Japanese people through connecting with Artificial Intelligence. The Japanese government just subcontract and promote building up a surveillance society. Don't you feel that citizens monitoring systems has been rapidly spreading these days, not only surveillance cameras, but also facial recognition systems, my number card and electronic money?

The organized stalking system has all the aspects of social experiments to create a new surveillance society using advanced technologies. Victims are spreading all over Japan so that researchers and authorities can collect appropriate sampling data. In the near future, the Targeting Program might be applied to all Japanese people.

Again, Targeted Individuals are harassed by a large-scale crime network that involves the authorities. Our cases are often ignored, our human rights are often denied, our existences are often wiped out from society. This is why we need to rouse public awareness. We need you to know about this crime.

The number of Targeted Individuals has dramatically increased in recent years. There might be Targeted Individuals among the people listening to this speech too. Don't worry. You are not alone. Many of us have started to speak up. Come to join us to fight against your terrible circumstances.

And to the people who join the Targeting Program, Stop right now if you are casually taking part. This is not a game. You should know your harassment can kill ordinary citizens. You should know you are committing a crime. Don't waste your precious life on committing crimes for a small amount of money. Life is short. Spend your time for your happiness, not by forcing someone to die. Do you want to blow the whistle? Please do. Get out of the criminal system?

This crime clearly includes eugenic thought. Eugenic thought has gradually revived in Japan too. The fusion of a digital surveillance society and eugenic thought reminds me of the dystopia of George Orwell's "1984" and Aldous Huxley's "The Brave New World"

Thought wiretapping systems and remote biological information monitoring systems are applied against most Targeted Individuals. Again, it might sound like Science Fiction, but it is a technology that has been studied for more than half a century. Don't be surprised that a patent also exists. In a sense, we, Targeted Individuals live in the future surveillance society.

Our existence is already a warning to the citizens of Japan. In the near future, we may live in a society in which advanced technological networks and Artificial Intelligence monitor all the people, read thoughts and scare people. If the Artificial Intelligence decides you are not worthy of existence, the built-up systems might torture you to death with directed energy weapons.

It's not too late to take action. Listen to Targeted Individuals. There might be some clue to save the future of Japan and the world. Support our activities to reveal this crime to the public, for the children's future.

If someone around you claims damages from organized stalking and electronic harassment, please take a moment to listen to them and accept what they say. There are a lot of victims killing themselves because of denials by their family and friends. Your understanding may save their lives.

Thank you very much for your attention. Please support us in ending this organized stalking and electronic harassment crime. If you are interested in anything I have said or have any questions, you are very welcome to talk to us.